Bolton is one of the oldest family businesses in the Raleigh area.

William E. Bolton Sr. left the Atlantic Coastline Railroad of Rock Mount in 1923 to oversee the construction of the Mechanical Systems for Raleigh’s first high rise hotel, The Sir Walter Raleigh Hotel. In 1925, he established the W.E. Bolton Company for the purpose of installing and servicing coal fired heating and refrigeration systems for local dairies and meat packing plants. The company weathered the great depression and William E. Bolton Jr. joined his father in 1946 after serving 6 years aboard the USS Yorktown. Post war residential and commercial market growth allowed the company to expand operations and in 1957, they acquired the property and constructed a 10,000 square foot office facility at 919 West Morgan Street. After graduating from NCSU in 1971, “Bill” Bolton III joined his father and grew the size and complexity of work performed by Bolton Corp. Projects included Rex Hospital, the NCSU School of Veterinary Medicine, The Radisson Hotel, and One Hanover Square. At its peak, Bolton Corp. had 35 million in annual sales and nearly 500 employees with offices in Raleigh, Asheville, Morehead, and Wilmington. Bill Bolton III served as President of Bolton Corp. until the late 1999.

The Raleigh Bolton Corp. Service group remained in the possession of Mike and Doug Bolton until 2004 when it was sold to Woodfin Oil out of Richmond Virginia. The new owners renamed the service group “Bolton Service, LLC”. In January of 2010, Woodfin approached Bill Bolton III with the opportunity to reacquire the Bolton Service operation. After several months of negotiations, W.E. Bolton acquired the assets of Bolton Service, LLC on June 11, 2010. W.E. Bolton has since changed the company stationary, logos, and name to “Bolton Construction and Service, LLC.” 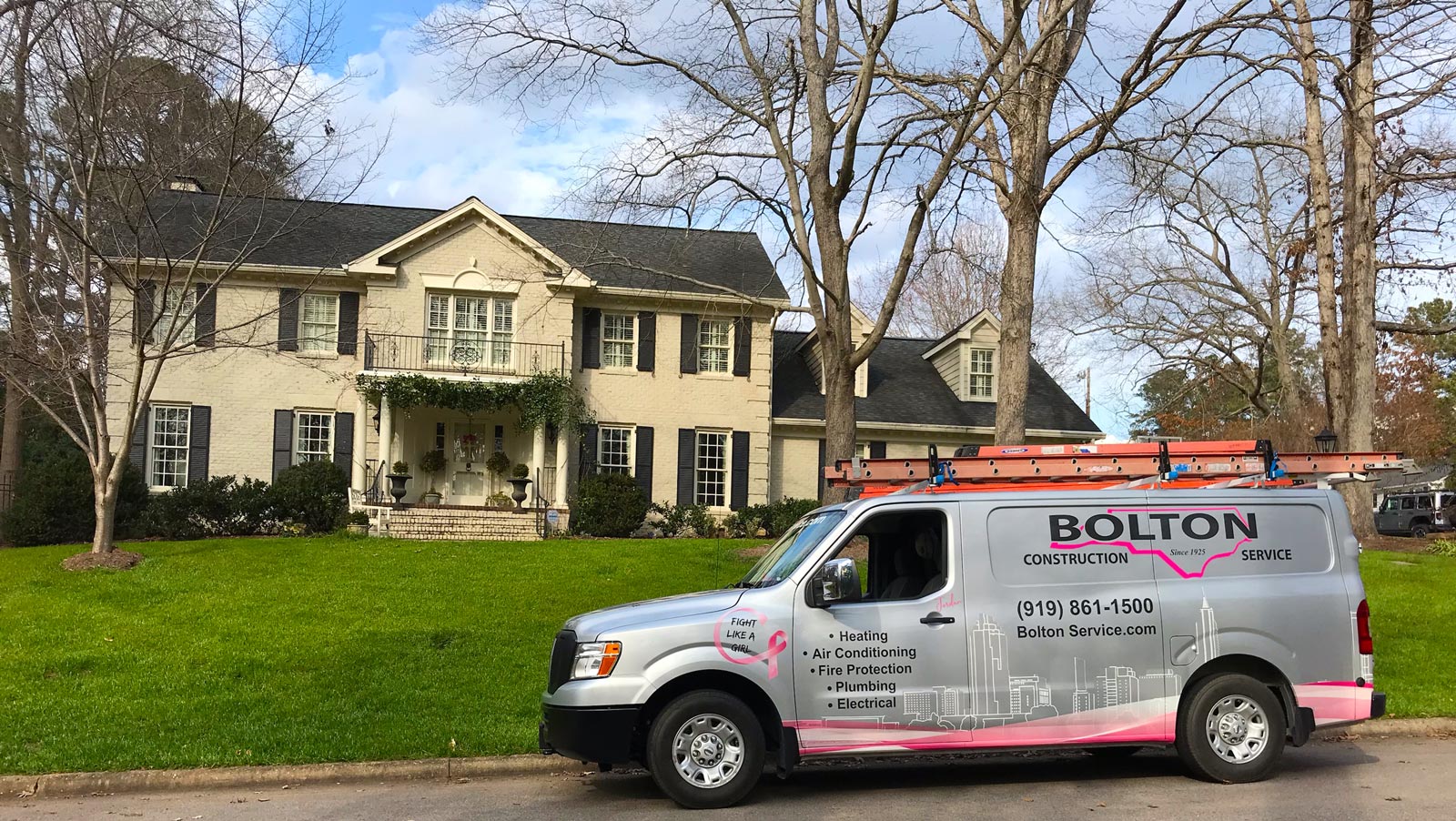 The office of Bolton Construction and Service, LLC is located at 1623 Old Louisburg Road in Raleigh.

Bolton now employs 40+ construction and service staff who serve the Plumbing, Heating, Air Conditioning, Electrical, and Fire Sprinkler needs of their residential and commercial clients. The company’s primary phone number is 919-861-1500 and the website address is www.boltonservice.com. The other business units that are owned by the Bolton Family include Stainless Steel Fabricators located at 5325 Departure Drive in Raleigh and Bolton Construction and Service of WNC, Inc. located in Asheville NC.

Contact Bolton for your next Service Call or Installation

We Offer Service in:

Protect Your Largest Investment with an HVAC, Plumbing or Electrical Inspection

For $137.50 per trade, our HVAC, Plumbing and Electrical Inspections include:

Call Today to schedule an appointment